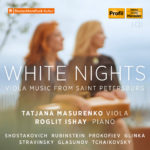 … Banshchikov’s [viola] sonata has never had the benefit of such a memorable performance.

This performance [of Shostakovich’s Viola Sonata, op. 147] by Tatjana Masurenko and Roglit Ishay cuts deep into the music in a way I don’t believe I’ve heard it played before. It’s like an X-ray that penetrates the surface and exposes, not skeleton and bone, but being and soul. This easily goes to the top of the charts for a performance of Shostakovich’s valedictory address.

Together, Tatjana Masurenko and Roglit Ishay make a dream team duo. Rarely, have I remained engaged and engrossed, let alone conscious, listening, uninterrupted, to three hours of music composed or performed by anyone […]. But this program of works for viola and piano—even the ones not originally for viola and piano, which most of them are not—is so engaging, so engrossing, and so enticingly played by Masurenko and Ishay that even after listening straight through to all three discs of it, I found myself going back to listen again to some of its numbers, so alluringly and arrestingly beautiful that they are. [… ]. 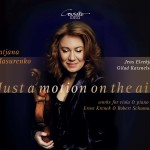 Just a motion on the air

Works for viola and piano by Ernst Krenek and Robert Schumann 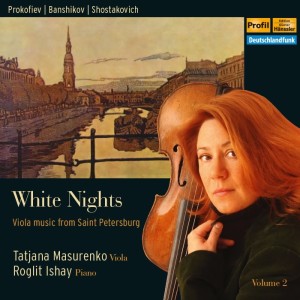 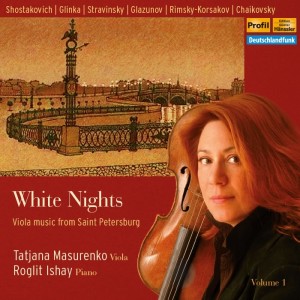 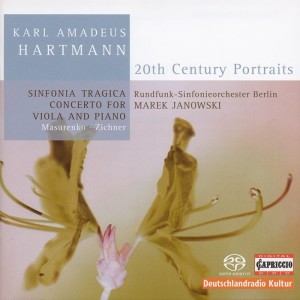 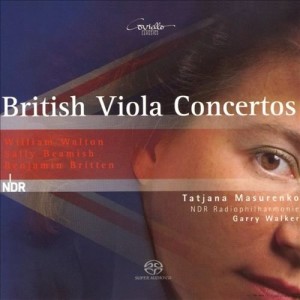 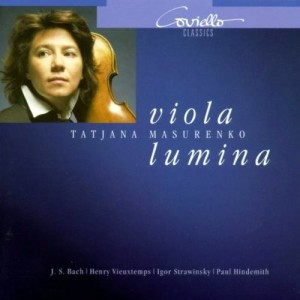 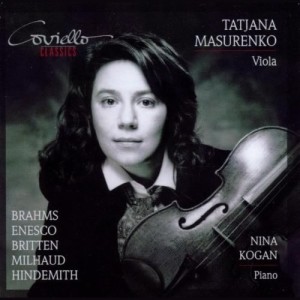 Dmitri Shostakovich, Prelude no. 24 op. 34 for viola and piano https://tatjanamasurenko.de/wp-content/uploads/1-Schostakowitsch-Präludium-24-TM.mp3

Sally Beamish, concert no. 1 for viola and orchestra https://tatjanamasurenko.de/wp-content/uploads/4-Beamish-Konzert_TM.mp3